I’m catching up on sharing all of my wonderful 2021 clients’ sessions and weddings, and I have to kick it off with this winter Eastern Market engagement session with Marisa and Ethan. We had to reschedule a few times before we got to finally get this session in – thanks winter weather! But it turned out absolutely lovely.

Marisa was the maid of honor in a February 2020 wedding and I was so happy when she contacted me after right after she and Ethan got engaged. Their October 2021 Henry Ford Museum wedding was absolutely gorgeous – more on that later!

And they have the loveliest backstory/love story. Ethan and Marisa actually met when they were in middle school. They went separate paths in high school attending different schools, but during sophomore year of college, they had a chance to reconnect. While Marisa was out at a house party one night, she opened Snapchat and saw him as a suggested friend to add. She did it. Ethan later told Marisa how psyched he was because apparently he had liked her A LOT back in middle school.

Not even planned, their first date was on Valentine’s Day to Dearborn Music and then Ram’s Horn. They describe that there was something about that night that felt different than any other date they had been on – there was a sense of magic to it. Marisa says she knew on our second date that she wanted to spend the rest of my life with Ethan. And five years later, they were getting married!!

Marisa and Ethan are just fun to be around. They make each other so happy and you can tell. They literally don’t stop laughing! They enjoy vintage shopping, long walks, bike rides, hanging out with friends, watching funny YouTube videos and true crime documentaries, and hiking. 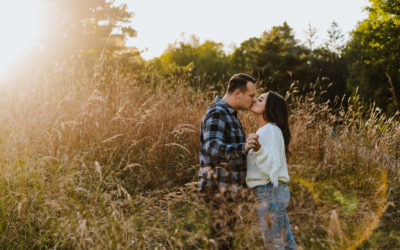 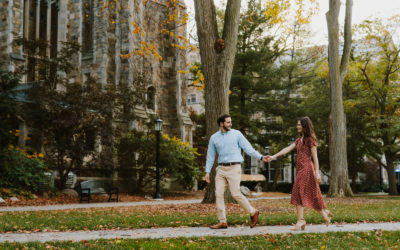