I’ve said it before and I’ll probably say it again and again, but photography has allowed me to reconnect with many people from my past that I’ve lost touch with somehow or other. Kara and I went to high school together and used to be in marching band together. We have some fun band camp and physics memories – haha. When Kara asked me to shoot her wedding and told me it was at the Detroit Beer Company, I was so excited not only because I knew Kara and Andy would be a blast to work with but also because that’s where I got married!

Kara and Andy moved back to Michigan from Denver, Colorado right before we took their engagement photos. We almost thought we wouldn’t get them in, but I’m glad we did. After meeting up for drink/dinner at Atwater Brewery, we headed to the Dequindre Cut to explore the graffiti and murals before going over to the Belt Z Lot for some gorgeous blue/pink skies.

Kara and Andy are literally perfect for each other. They love travel, they goof around, and they just balance each other so well. You can tell that we spent most of the session laughing because I don’t think I got one serious shot of them. But that’s my type of people…nearly all of my clients fail at being “serious” and that’s perfectly okay with me. Joy is something I hope to bring to others through my art and my clients are full of it! 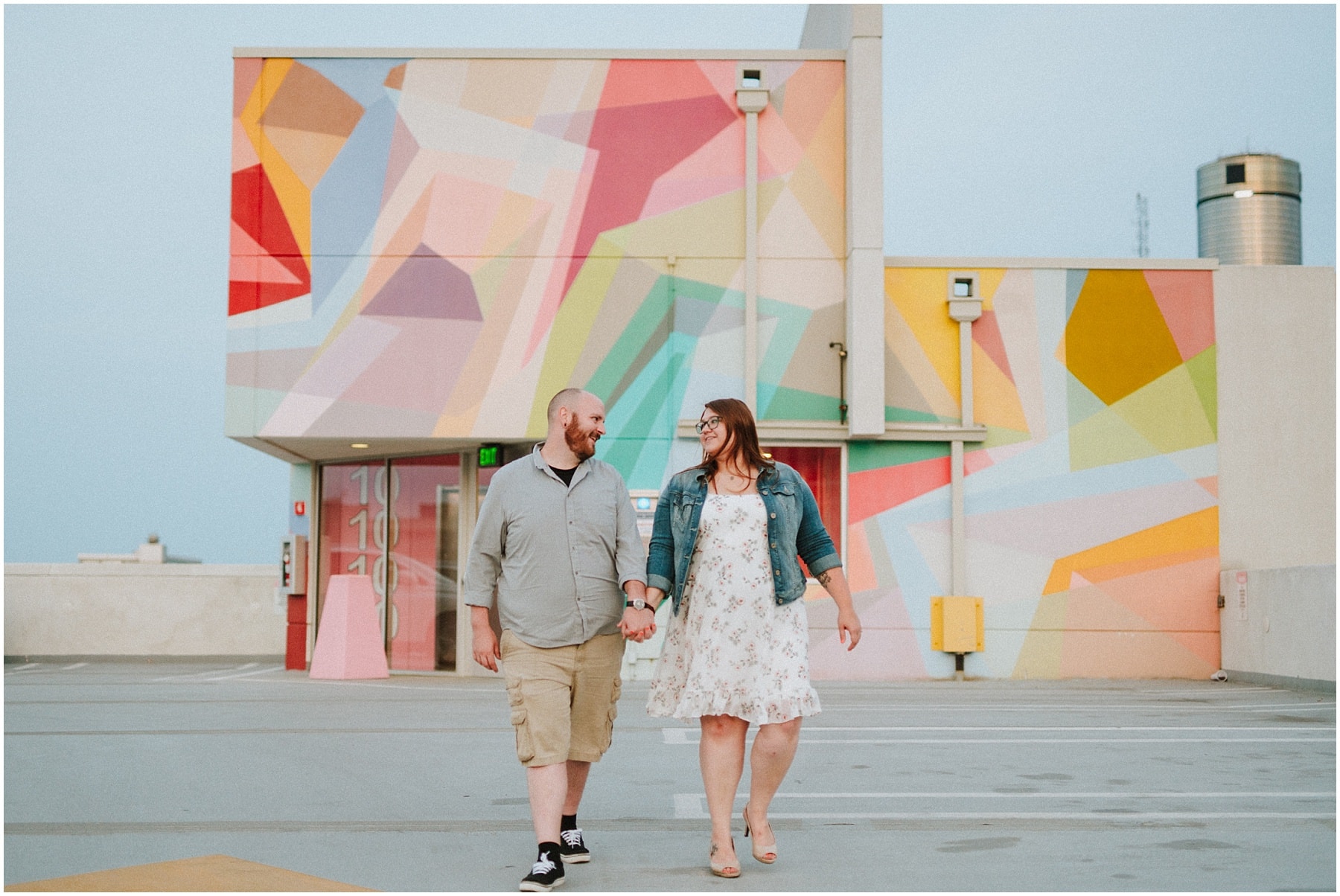 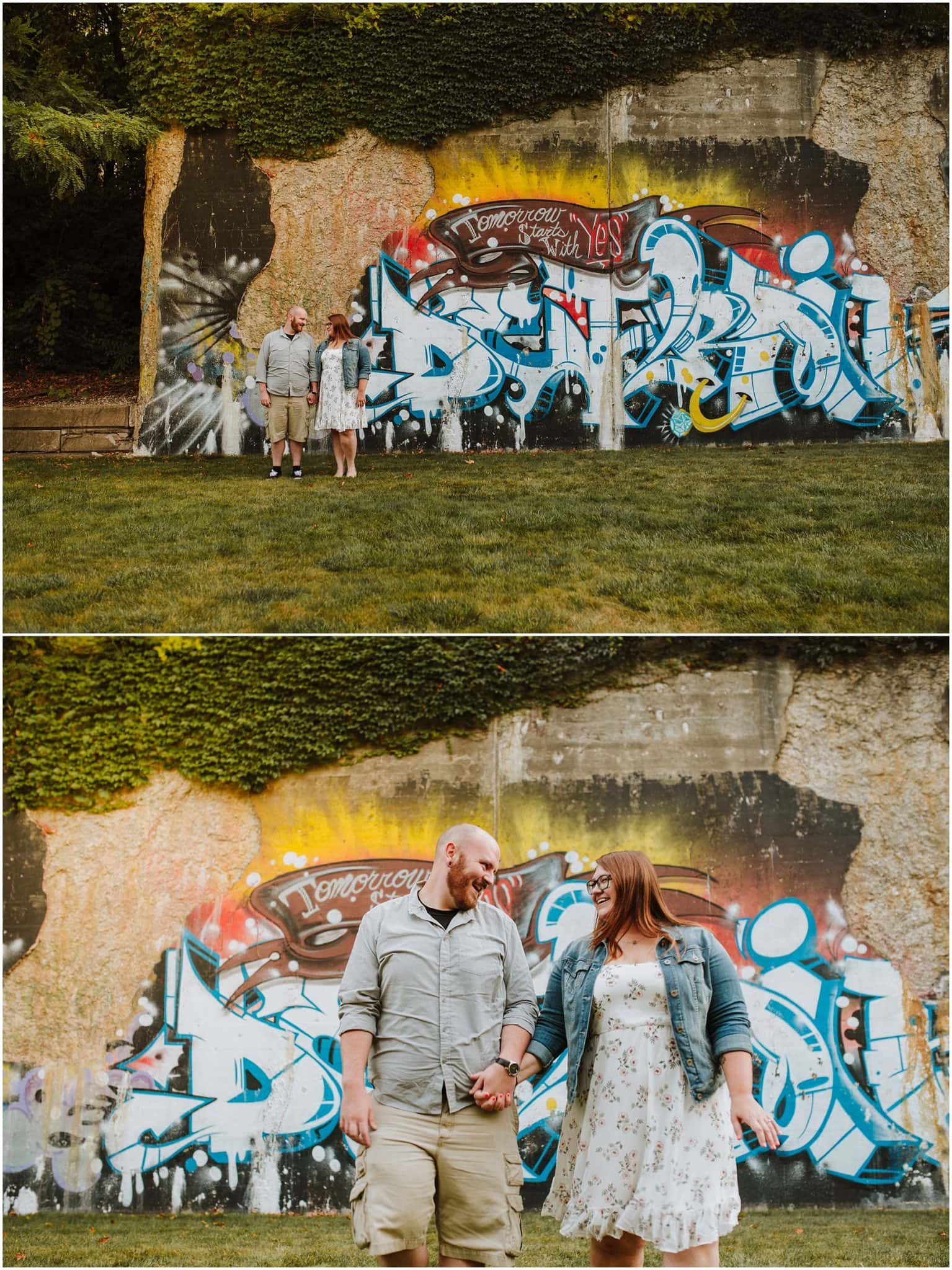 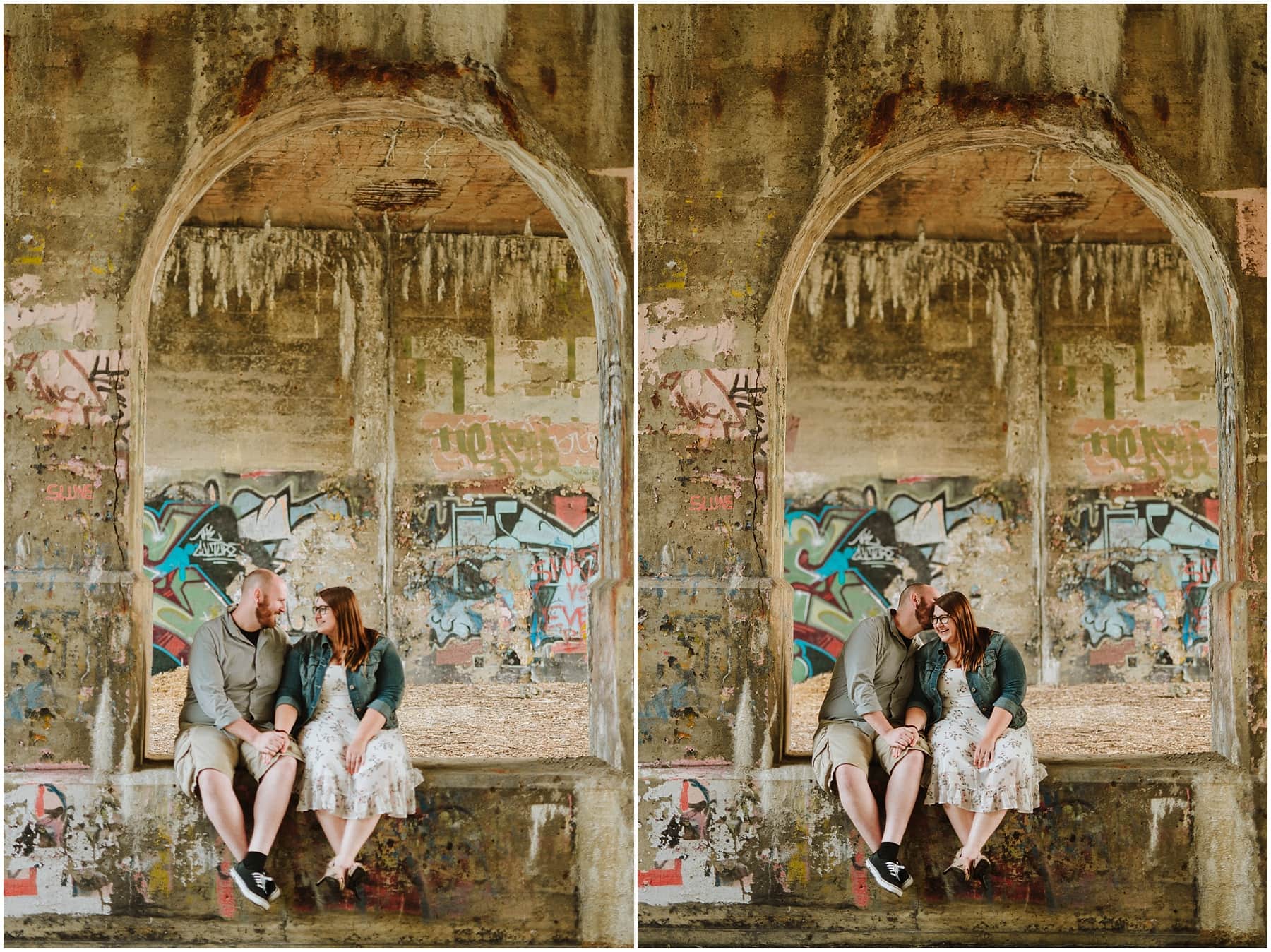 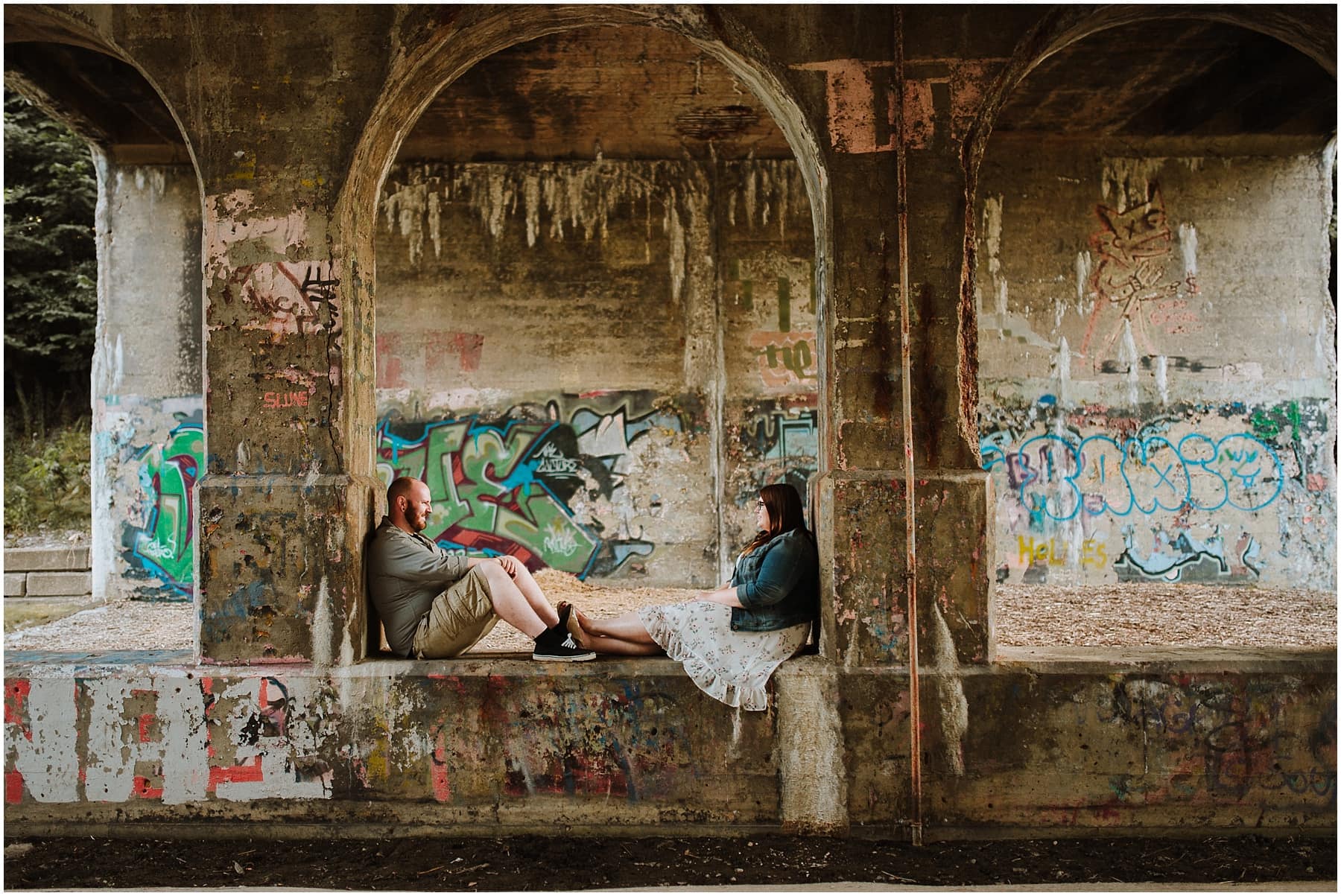 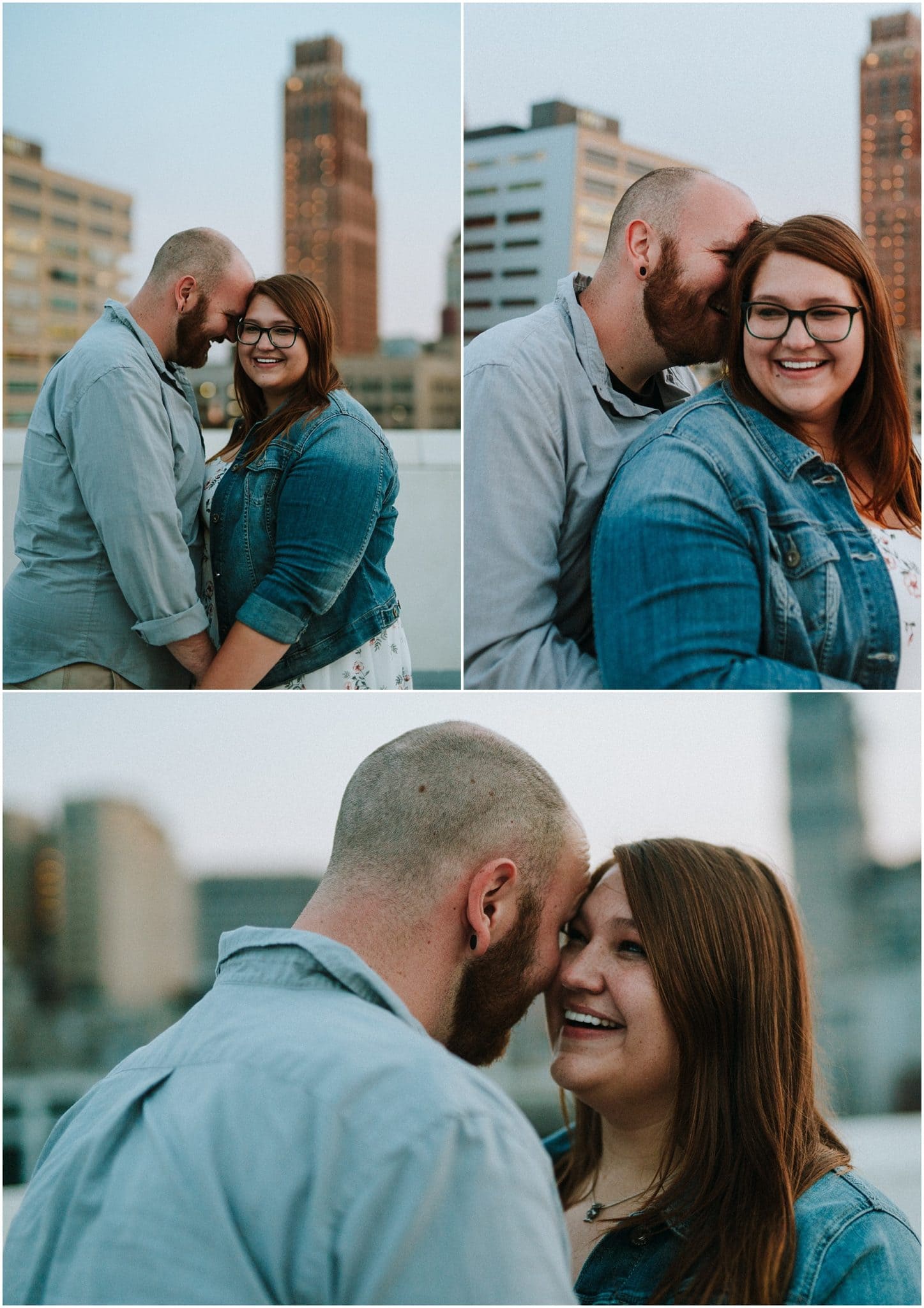 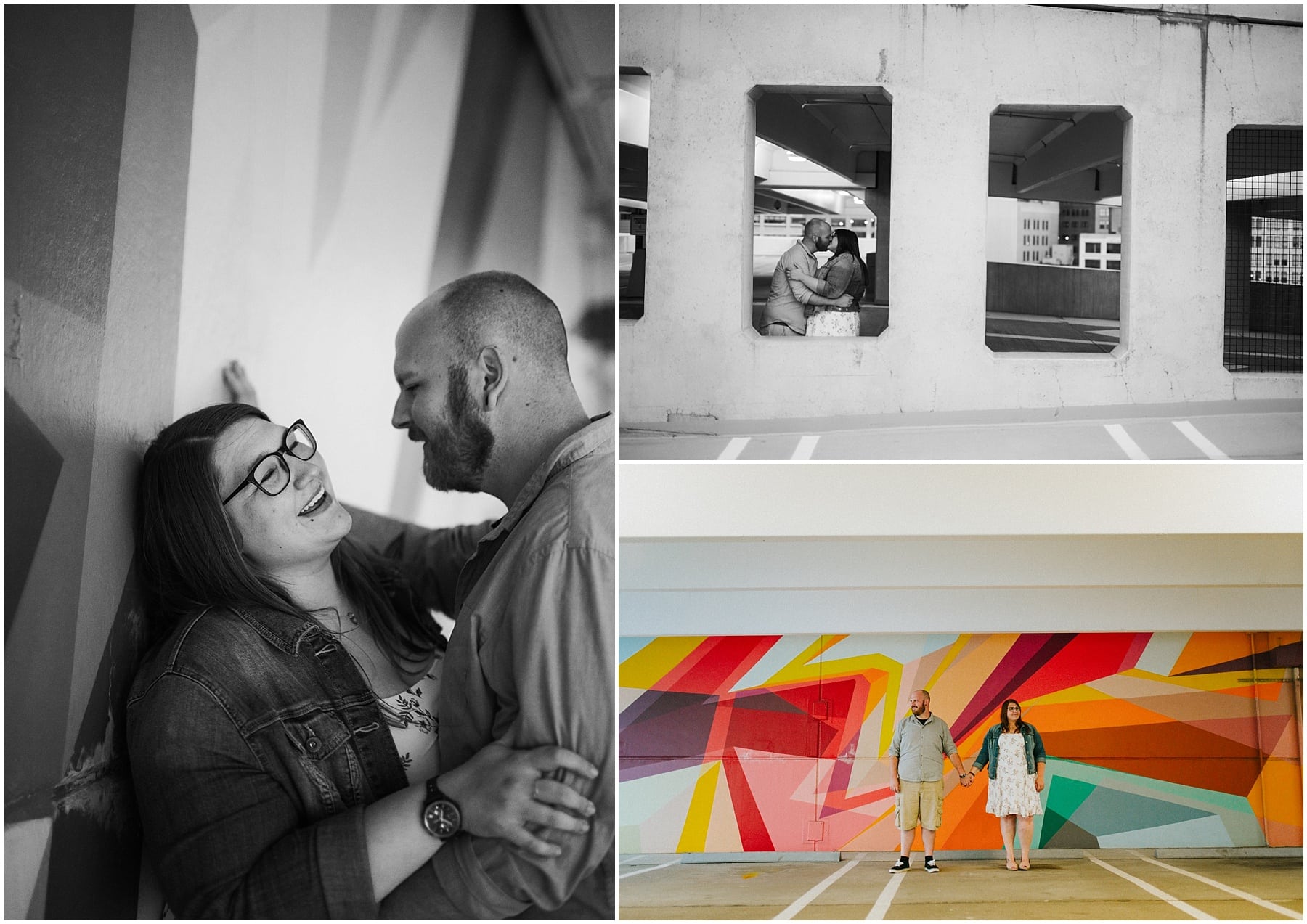 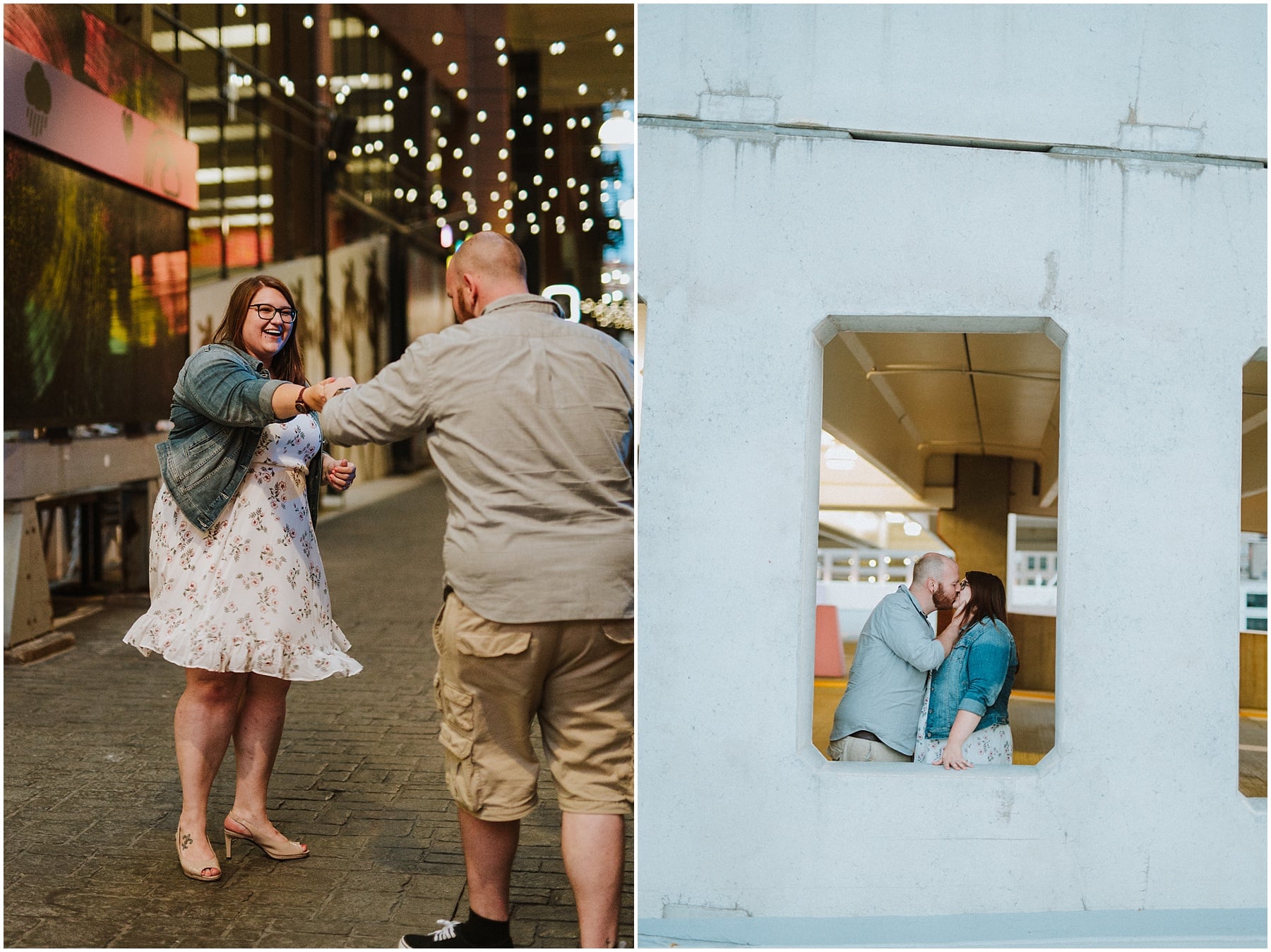 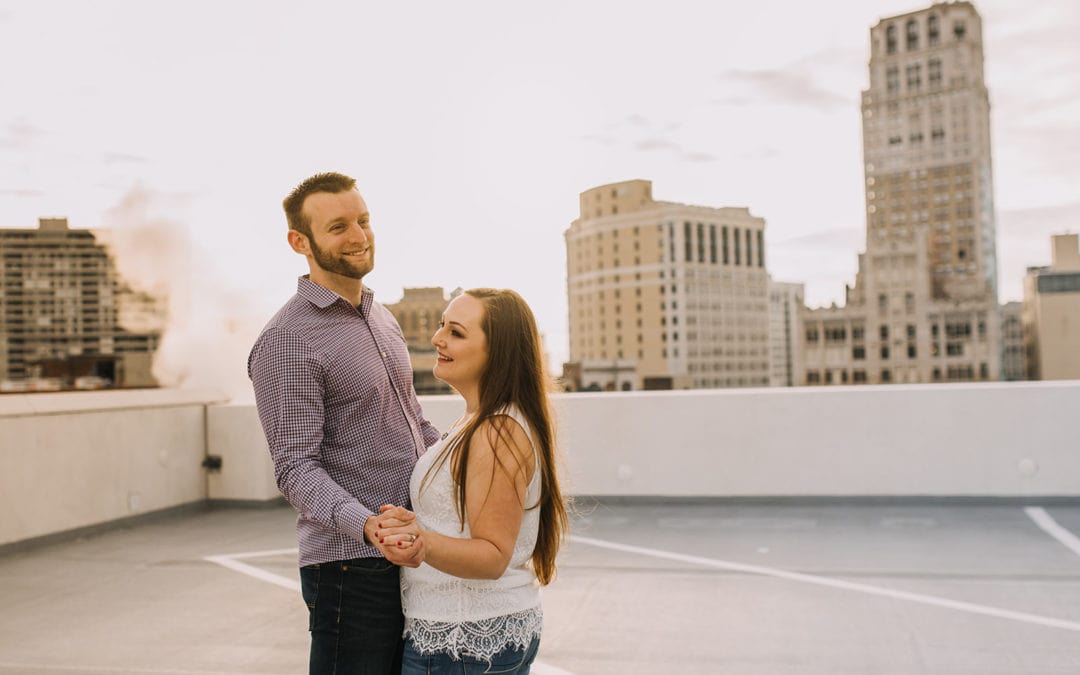 I met Jacki and Scott this February about a week after they got engaged. Over some caramel macchiatos, they told me they’ve been together for 8 years and were so ready to tie the knot. I’ve been married for just over a year and have only known my husband for just over three years, so I can’t even imagine the memories these two have of each other and how they’ve grown together over those 8 years, from teenagers to now.

To juxtapose their backyard wedding, they opted for a Downtown Detroit engagement session. It was a warm May Sunday evening (best bloom time). We headed to some of my favorite spots and a few new ones too. When a couple tells you, “we’re up for anything!”, as a photographer you get excited! I’m so glad that both Jacki and Scott were willing to put up with any silliness I asked for and let me explore some new spots that I don’t necessarily see in downtown engagement sessions (think the middle of the road by Comerica Park, some blooming trees on Woodward, the Fox, church steps).

I love when couples come to me with great ideas about where to have their session. It’s always meaningful when it’s somewhere they have spent a lot of time or where they met. But when you get to spend some time just exploring together and trying some new ideas in familiar places, it’s refreshing as a photographer. More and more I’m hearing, “we trust you,” from my clients and the result is usually something I would never have thought of before being in the moment with them.

Their late-September backyard wedding is going to be amazing and I can’t wait to work with them again! 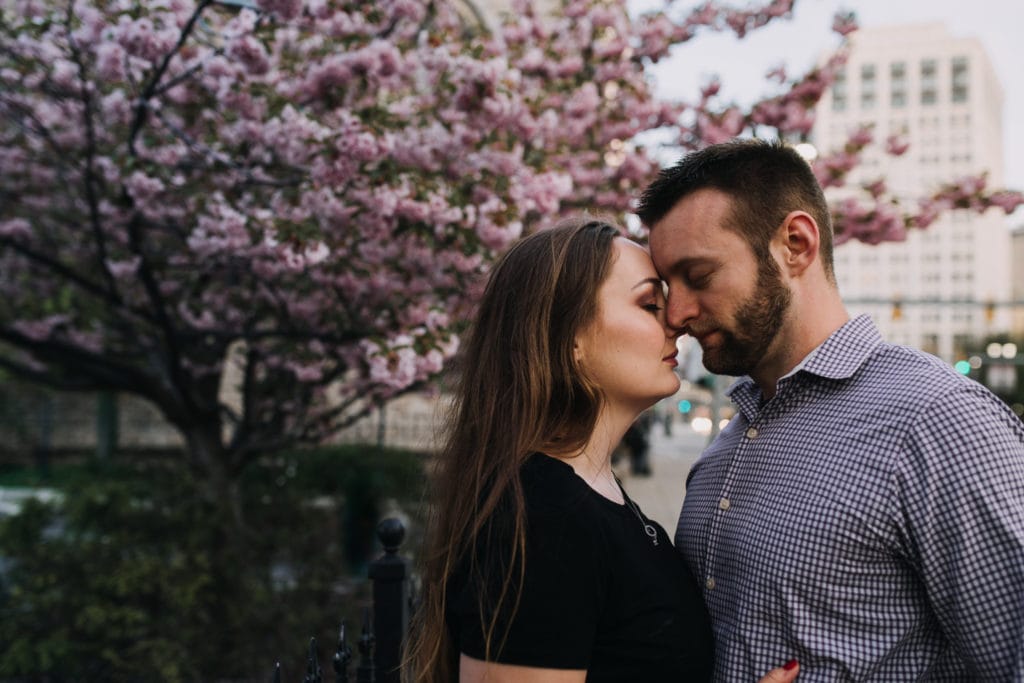 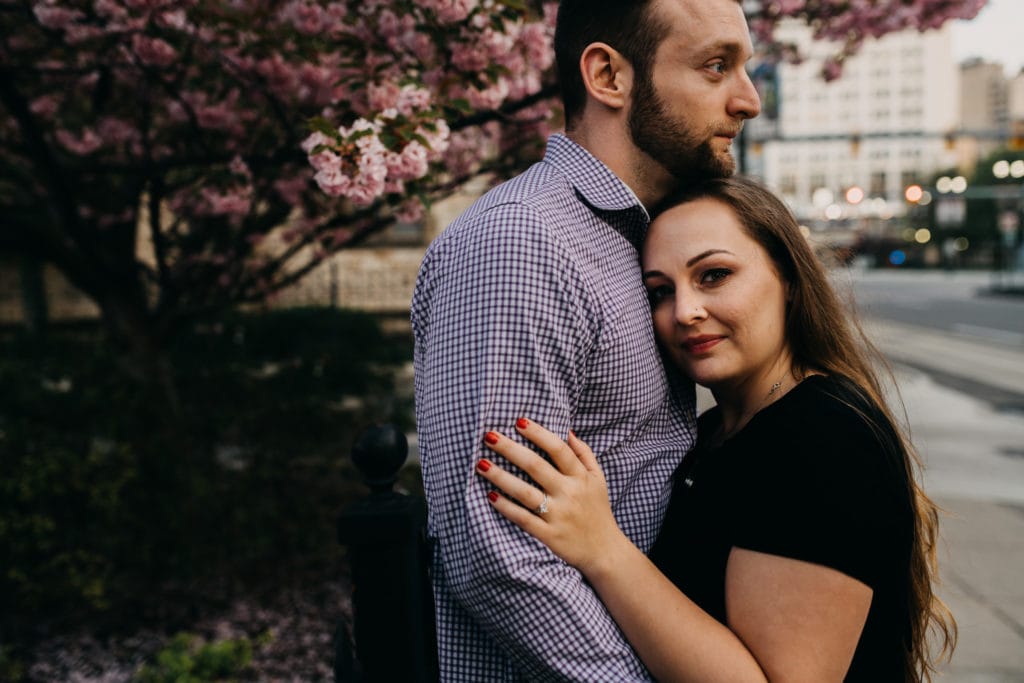 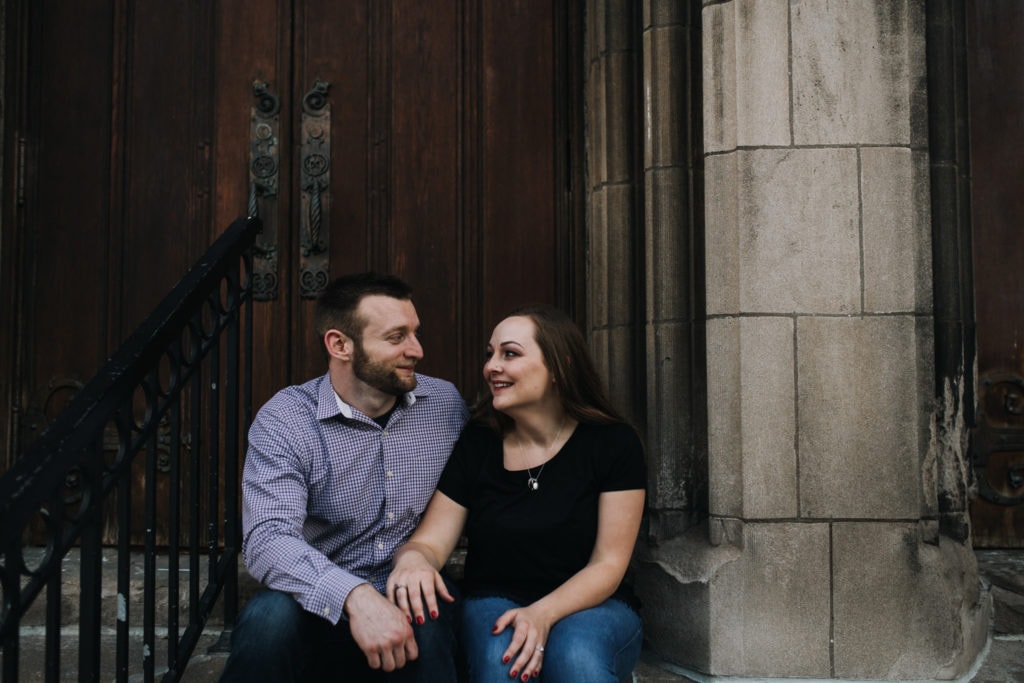 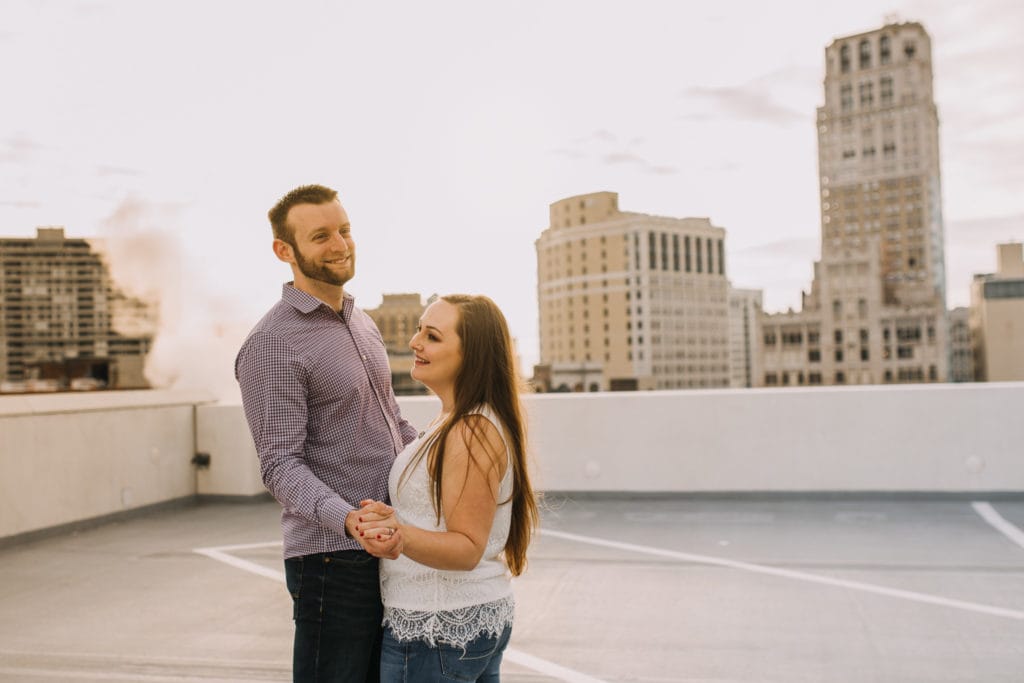 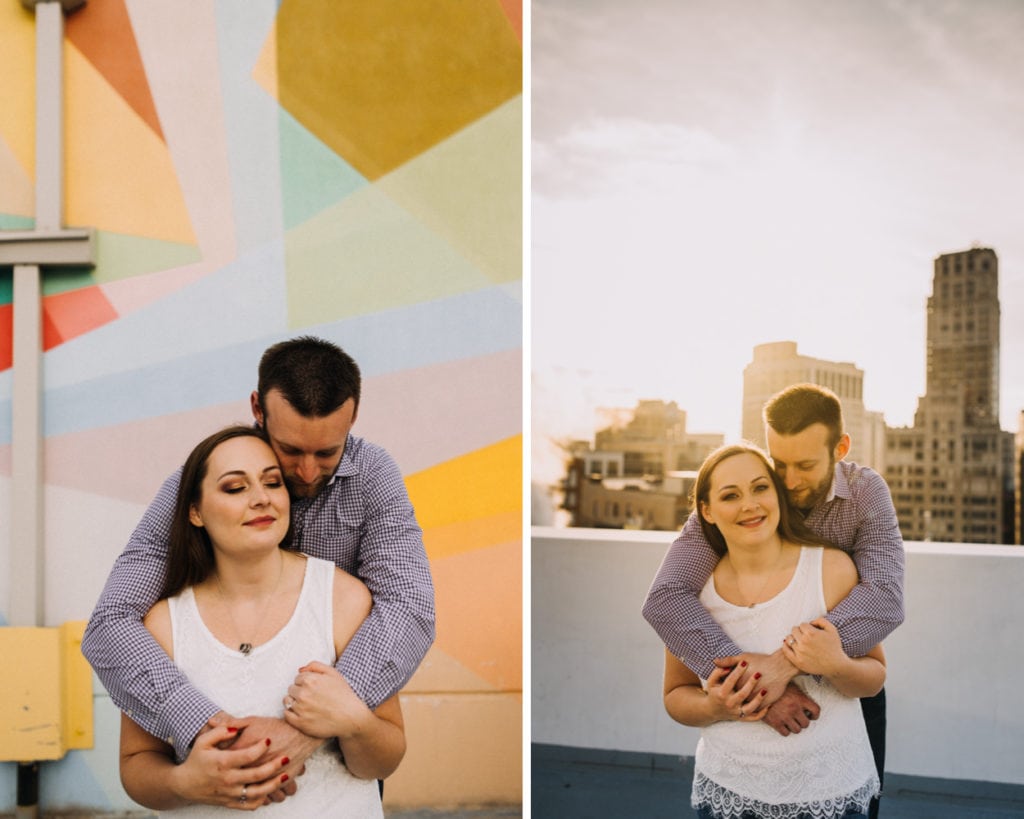 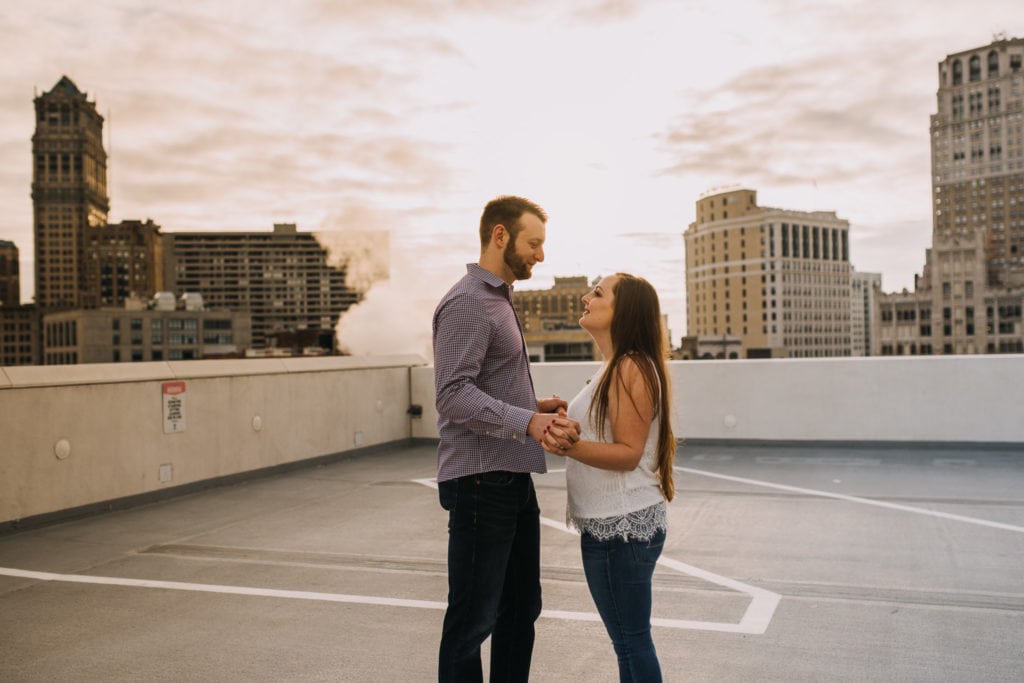 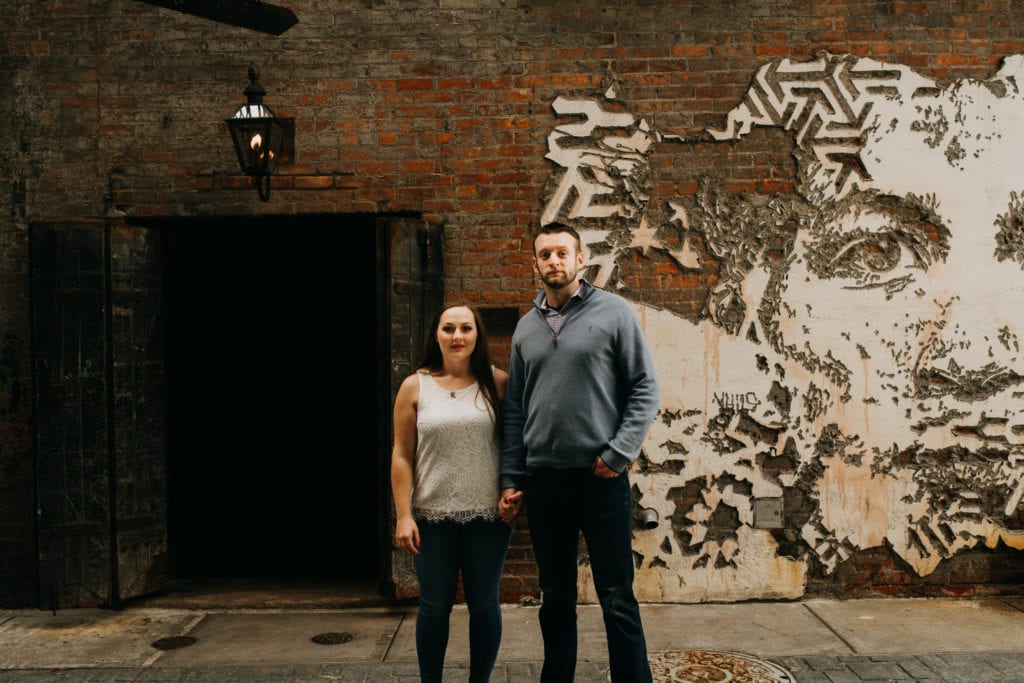 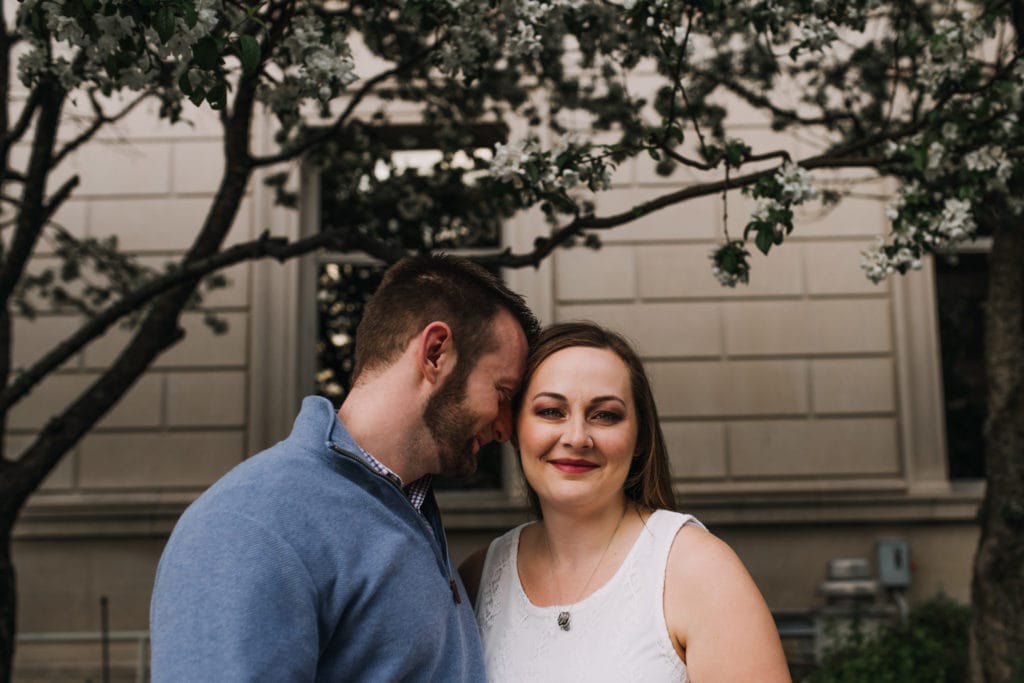 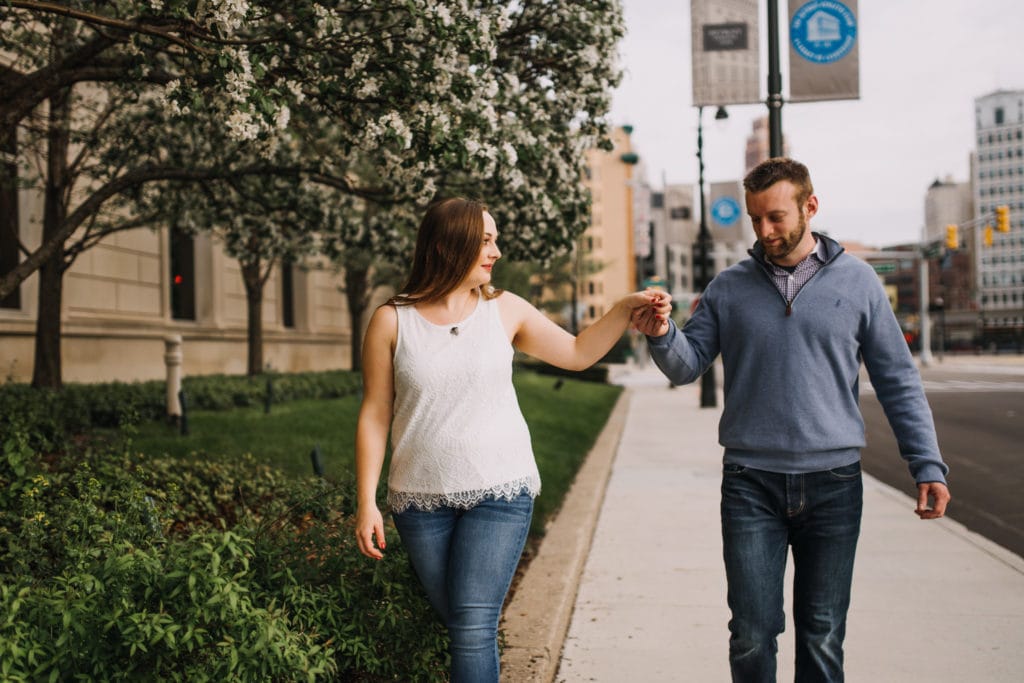 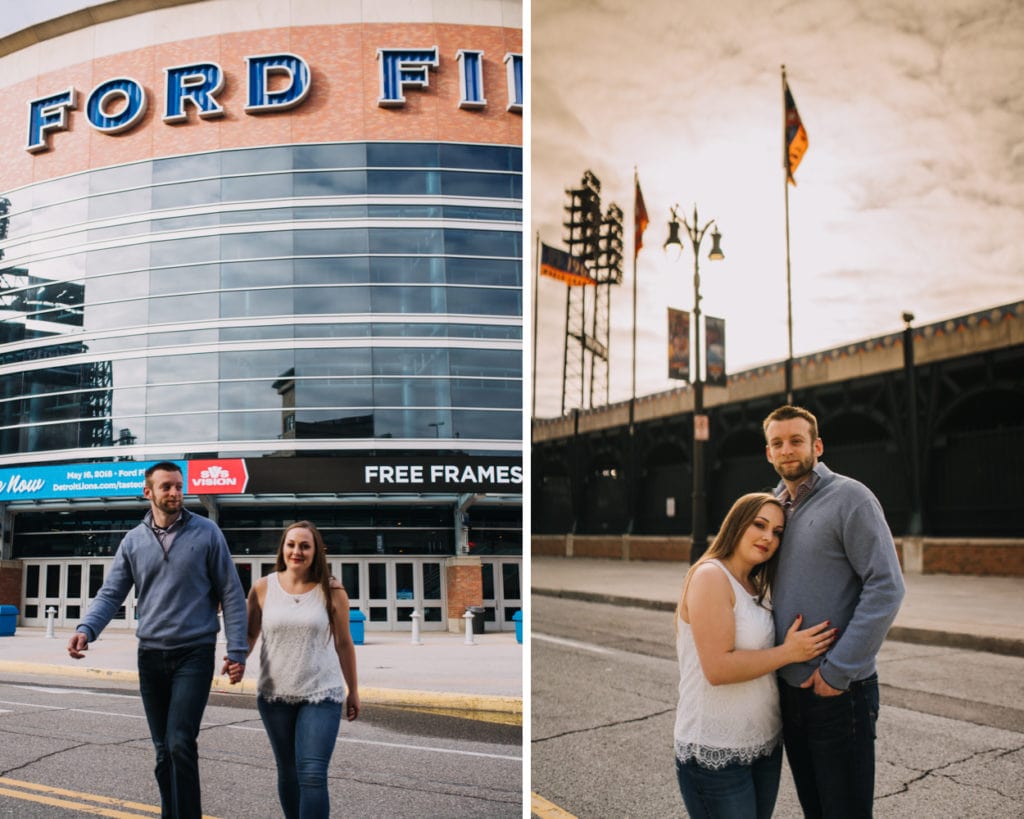