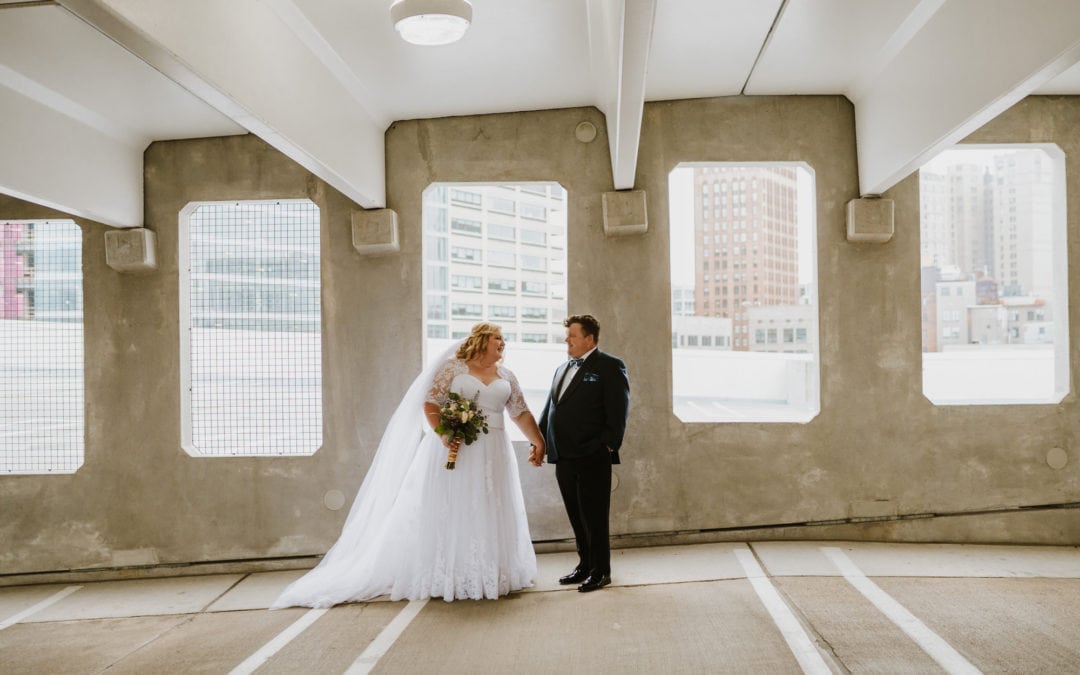 Last year I was lucky enough to capture the Michigan receptions of not one, but TWO couples who had eloped earlier in the year. Allison and Brian were married in the Grand Tetons but had a Michigan reception at Stonycroft Golf Club where Allison’s parents are members (the other couple was Malcolm and Abby in case you forgot!). Allison and Brian no longer live in Michigan, but they really wanted some Downtown Detroit wedding photos, so we went downtown together for portraits.

We stopped at some of my favorite spots for downtown Detroit wedding photos, including the Belt Z Lot, Ford Field, and the Warehouse District. It was fun to just hang out with a bride and groom one-on-one, which hardly happens on a typical wedding day.

After some family photos, Ali and Brian got to enjoy their reception with the typical trimmings, including a beautiful first dance, cake cutting, and toasts! I had a fabulous time with them and know that they will cherish the images from Detroit!